Training Leaders and Executives for a Happier World

Happiness at work has become quite a trendy topic over the past 10 years. And good for us—not just us at Positive Solutions—, all of us!

As global challenges grow by the day, happiness appears to be a safe, worthy value that can undoubtedly help grow and sustain our business worlds. And make a great difference along the way.

And that is something our friend and client, Mo Gawdat, Chief Business Officer at Google [X], Google’s semi-secret innovation arm, comprehended and cultivated way before the chief happiness officer and happy workplaces craze even started.

Considering the amount of time we spend at work over a lifetime and the unhappy state of our world today, happiness in general and happiness at work are undeniably a fundamental undertaking. So fundamental that it has prompted Mo Gawdat to dedicate his time and resources to spread happiness worldwide, through professional high-level happiness training and innovation workshops.

To help Mo develop his mission, Positive Solutions has produced a Happiness At Work series. And we are proud to release here our first episode:

Mo Gawdat’s expertise in happiness, his engineer’s logic, personal insight and leadership experience have enabled him to create, throughout his career, happy working environments in the midst of highly successful, yet highly challenging and stressful, business operations. And the results translate directly to the bottom line; as he mentions in the video, it is now proven that happy workers are 12% more productive*, and unhappy workers are 10% less productive**, while public companies with high employee satisfaction outperform their peers by 2.3% to 3.8% per year in long-run stock returns***.

It comes as no surprise that Google was one of the first top companies to jump on the bandwagon, asking Mo to expand his happiness skills to train 2,000 Google executives, of which more than 96% rated the training as “life-changing” and 40% as “the best they ever took”. Mo has also trained executives at Citi, MasterCard, UBS, Morgan Stanley, SalesForce, Bookings.com and Hotels.com since May 2017.

Mo Gawdat, a systems engineer and a serial entrepreneur, started his career at IBM and Microsoft before joining Google in 2007 to kick-start its business in Emerging Markets and develop close to half of Google’s operations worldwide. In 2013 he moved to Google[X] where he led the business strategy, planning, sales, business development and partnerships globally. A successful path you’d say… Yet, after years of feeling miserable in the rat race he had inflicted on himself (as most successful executives often do), Mo decided to break the vicious cycle and delve, from an engineer’s standpoint, into the cause of his unhappiness.

The result of his twelve years of research: a well-engineered model/mathematical formula that enables anyone toreach a state of near-constant happiness regardless of life’s circumstances. A/B testing of Mo’s algorithm proved to be highly effective amongst hundreds of friends, colleagues, associates… but it is true in 2014 that Mo’s formula was put to the ultimate test when he lost his dear son Ali to a series of preventable medical errors during a simple surgical procedure.

Solve For Happy, the book he wrote following the death of his son, is the pillar of a mission Mo has committed to as his personal moonshot: a mission to deliver his happiness message to 1-billion people around the world. Released in April 2017, the book has since become an international best-seller translated into 28 languages. 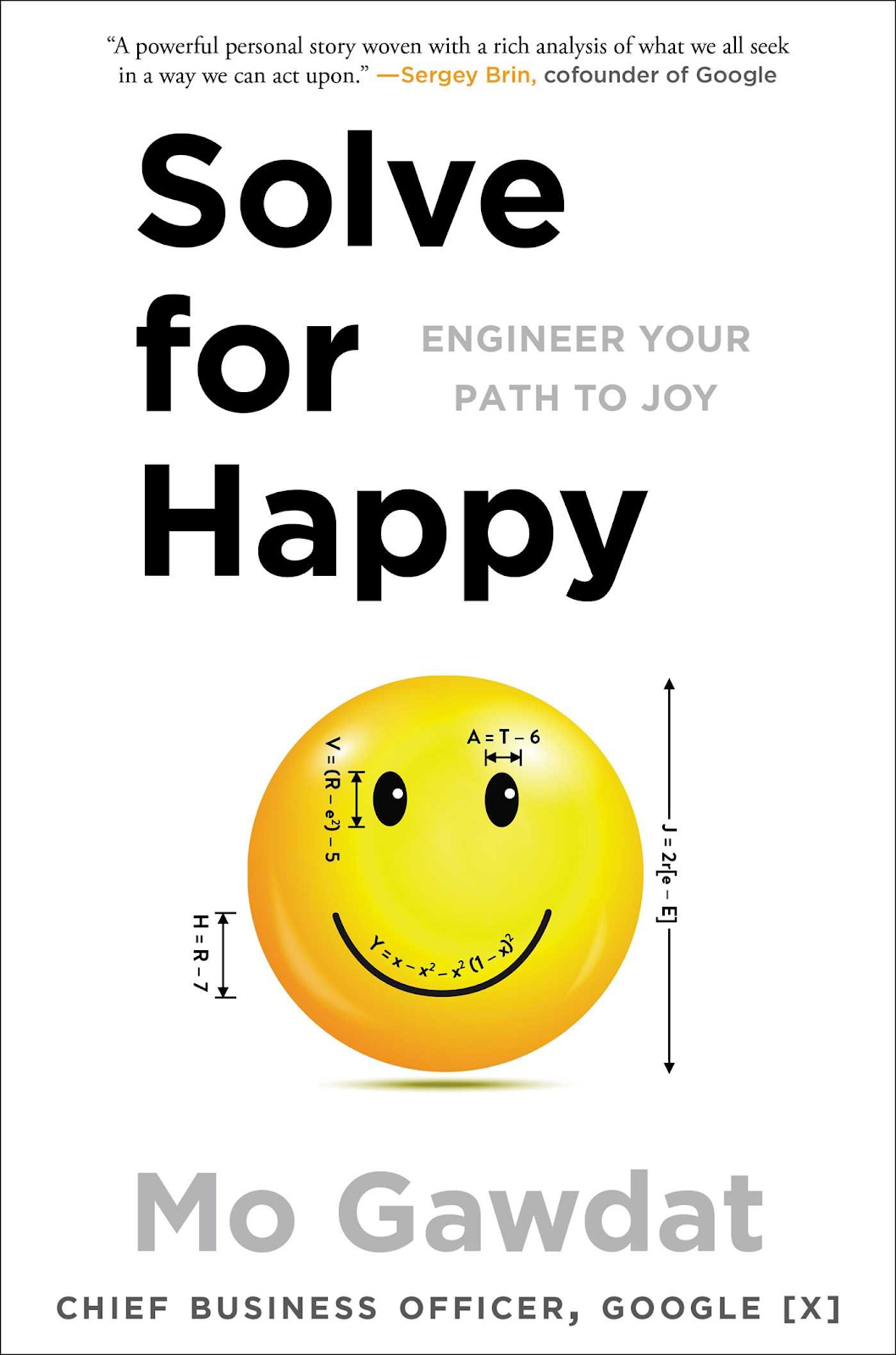 in a way we can act upon”

If you’d like to become the next best-place-to-work-for, know more about Mo’s happiness training and innovation workshops or just to start a conversation about happiness, reach out to us at conversation@positivesolutions.net

About the Author: Julie Benasra

Julie Benasra is an Award-winning documentary film director, producer, author and journalist, specialized in pop culture and social related subjects. Julie currently serves as co-founder & content director for Positive Solutions, an international cause-driven content agency & film production company dedicated to promote positive thinkers who aim to make the world a better place. Julie’s content-creation experience (TV/video/web/film/print) enabled her to develop an innovative editorial style and approach, and to apply it to content marketing, branded entertainment, social media management and event production. Thanks to her bilingual and bicultural education (French-American), Julie also applies her storytelling skills to both a US and international audience. Her latest documentary film, FROM DOMINATED TO DOMINANT, about women’s emancipation and empowerment through pop/rock music, was commissioned and distributed by Europe’s leading cultural TV network, ARTE, as part of a 4-film documentary series, for which she wrote all scripts and came up with the original concept. Previously, Julie wrote and directed GOD SAVE MY SHOES, an award-winning feature documentary about the relationship between women and shoes. The film, produced by CAID Productions & Canal+, was released in theatres in the US, Japan, South Korea and Russia. It reached 100 million people in the US and Canada and was broadcasted to an additional 20 million viewers in 18 countries. Julie also served as journalist, story editor, and first assistant director on EUROPE’S MUSIC LEGENDS, a 9-film documentary series for Sony Music. Julie graduated in media & communications from Fordham University, New York. She now lives in France.